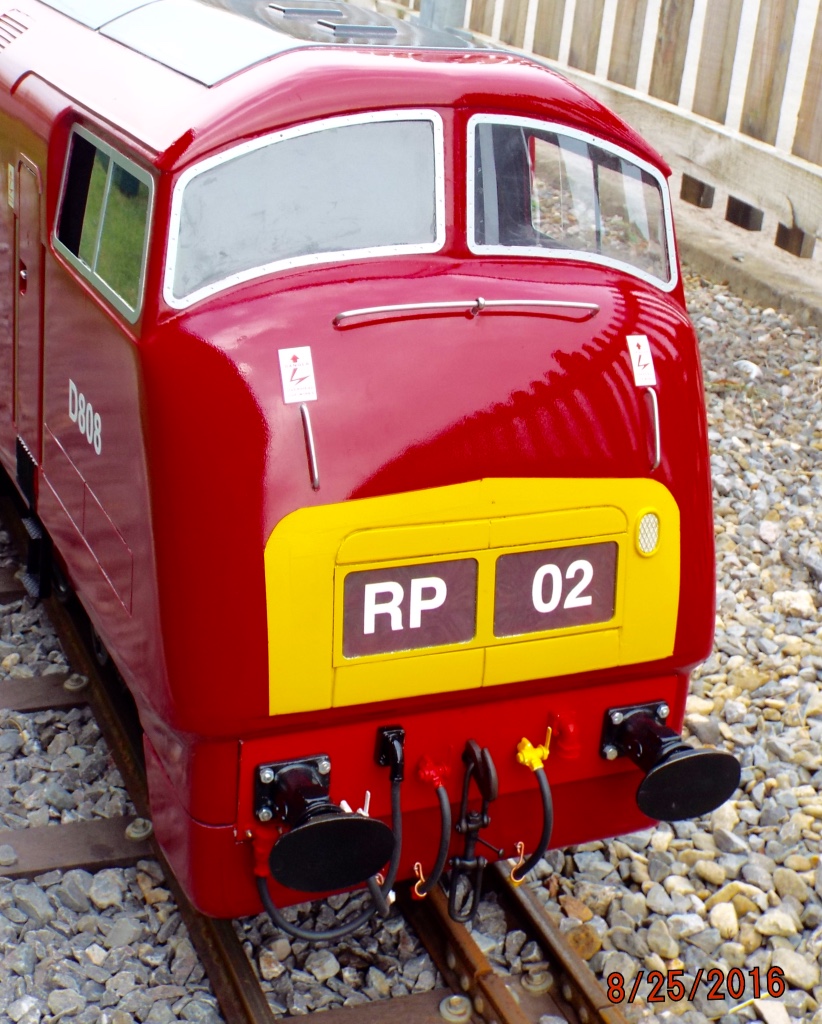 After a gap of 25 years I returned to model making and was surprised to find that electric passenger hauling locos were now relatively common. And much quicker to complete than a steamer built from castings and pieces of bar and plate! So I built a 5" Gauge class 20 electrically powered loco from a Maxitrack kit. I very much enjoyed the building and it ran well. But I was interested to move up to 7¼" gauge and a good strong passenger hauler.

On reviewing the possibilities I settled on a kit from Phoenix Locomotives. I was influenced by the all chain drive rather than direct drive to the wheels via plastic gears. Also I liked the colour of the prototype! Again I thoroughly enjoyed the build.

It is nicely finished and well detailed. Power is from four 1HP motors, bogie mounted with chain drive to all axles. These are controlled by two I-drive controllers. Four, 75 AH sealed LA batteries are installed. There are a pair of warning horns fitted. There is also a sound system for engine noise.

The driving car is a standard AME 4ft bogie chassis. It has a hand brake operating all axles and removable foot boards. The body is also from AME. It has been modified to provide a small panel forward of the seating. A NASA BMI battery monitor is mounted on this panel. This provides a continuous read out of battery voltage and current being drawn, or put back when regenerative braking. and a ‘fuel gauge’. A total of AH used can be called up which is quite useful. There is also a train air brake pressure gauge and control valve on this panel and a speedometer.

The loco has proved to be an excellent hauler on Public Running days. It will handle the same trains fully loaded as the larger steam locos such as Thomas 2 and Tinker Bells. Batteries are charged overnight on an automatic charger. It has been run passenger hauling for 4 hours continuously without flagging; 5 or 6 hours look to be possible without discharging the batteries down to dangerous levels.

It did not take long to discover that driving for some hours without back support was not good. So the seat was discarded and replaced by a new one. This was of plain wood on which were mounted two seats with folding back supports purchased from a chandler. This has proved to be very beneficial.

Altogether I am well pleased. 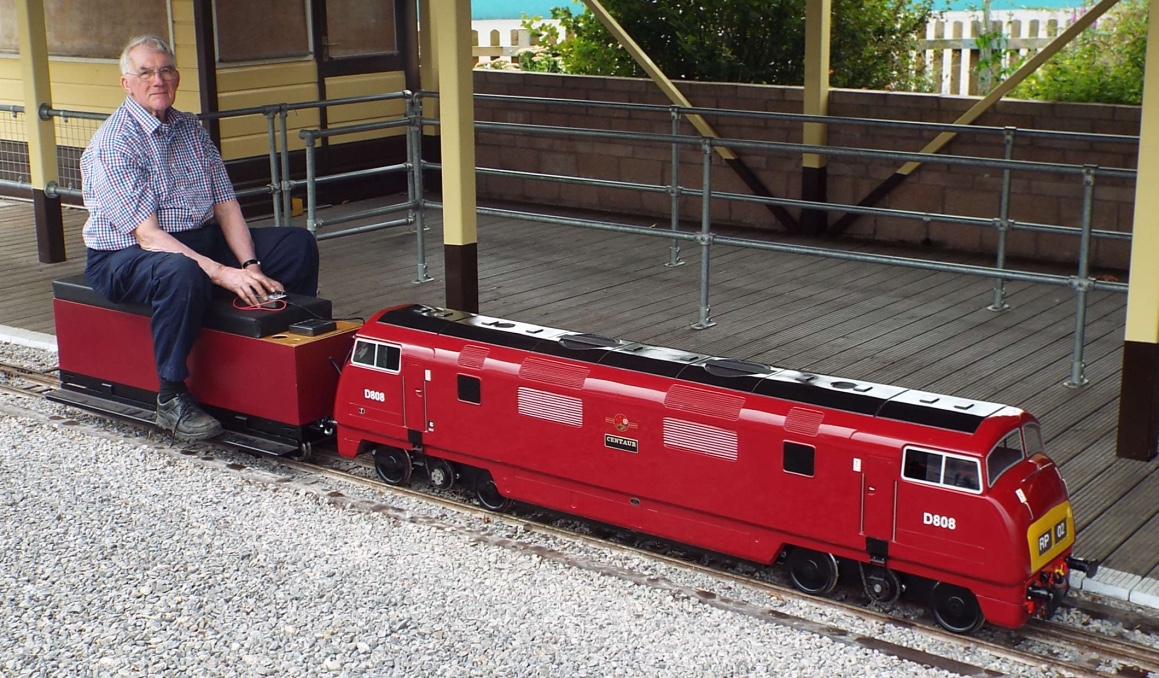