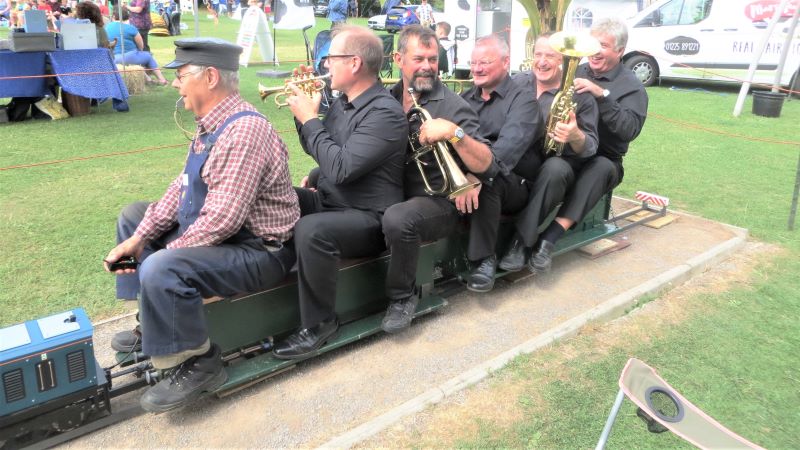 Before we left Devon, Mike used a batch of the steel remaining from his blacksmithing days to make up a 5” gauge portable track. It comes to a total of 150ft in approx. in 5ft lengths. We decided not to mount the sections on boards because of the weight, but instead made blocks to support each joint, where the lengths are bolted together. In addition he made buffers which are mounted at each end.

The track was put  into storage on our son’s farm when we arrived in Wiltshire 4 years ago, but finally came into use in June this year. Our son Thomas is a key member of the Gillingham Imperial Silver Band, and when planning this year’s visit of GISB’s twin band from Germany he asked if we could run the track during their evening barbecue. The Village Hall where Thomas and his family live has a large car park with a suitable level length available, so the event was agreed (weather permitting). Since using a steam loco on such a track presents various problems, not least the necessity to fit a spark arrester for insurance purposes, we decided to invest in a “diesel” electric loco. Abbots Model Engineering offered a suitable engine – Neptune 4 – which was duly delivered (at 8 a.m. on a Saturday, from Telford !) a week before the planned first running.

Thankfully, we first tried out the loco at David Hale’s excellent garden track near Yeovil. Due to some confusion about the order of connecting things up a fuse was blown, which turned out not to be easily replaceable ! However, with guidance from Peter at A.M.E. and the use of a tiny section of wire salvaged from an ancient photocopier many years ago, together with the ends of 2 match sticks, the problem was solved to good effect. This just goes to prove why keeping EVERYTHING is such a good idea !!

With help from our daughter Claire and our 2 small grandsons, we set up the track and gave rides to a good number of people at the band get-together. The visitors were particularly impressed with Mike’s safety instructions spoken in German ! It is quite hard work both setting up and dismantling the track, but 2 intelligent helpers can make all the difference. Neptune performed very well, hauling 6 adults without any trouble. 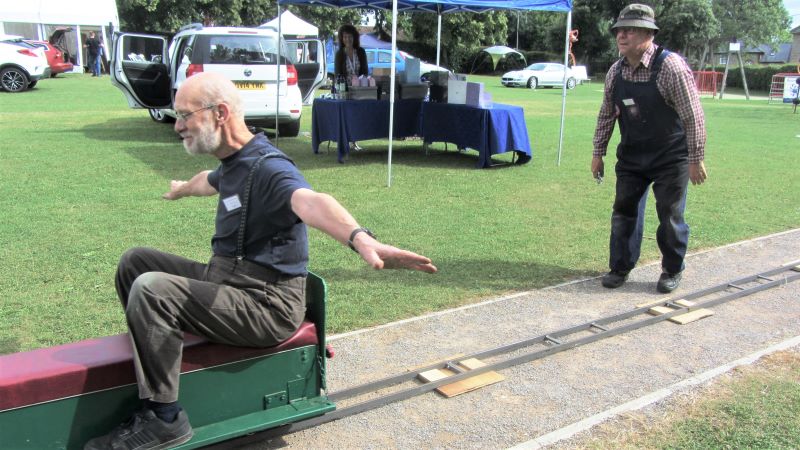 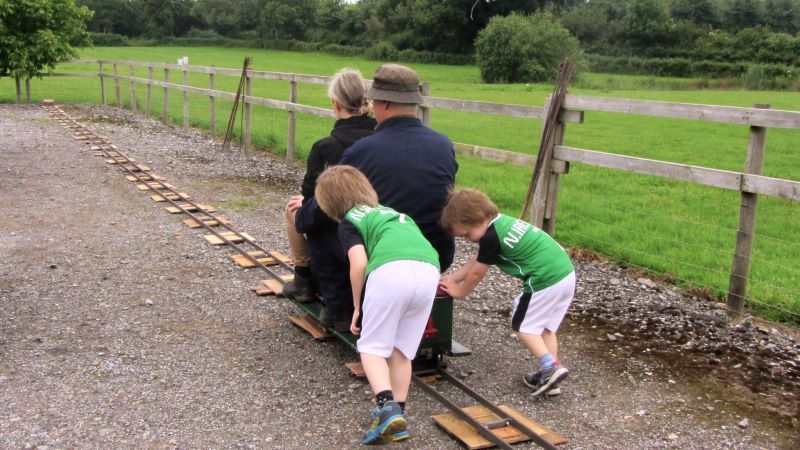 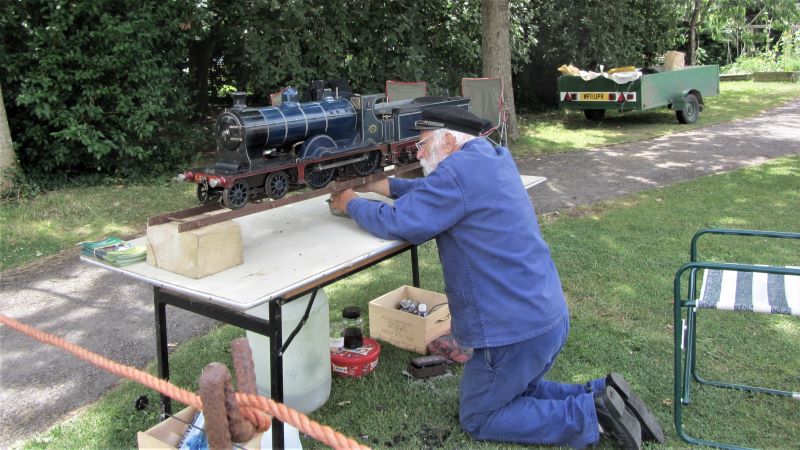 After the success of our first track event, we offered to set it up at Mere Primary School sports and fete day on 5th July. There we had enough space to lay the complete track, and it was easier to level up on grass rather than a hard surface. It turned out to be one of the hottest days of the year so far, so we were somewhat baked, but we gave 80 rides, and it was much appreciated by all.

We also offered to set up the track for a Village Day at Bourton, on the School field where our grandsons go. We could only lay out 85 feet there – on the run-up for the long jump – but it was nice and level. With help from Alan Bridger and Ian Dean, who lives locally and belongs to the Yeovil Club, we set up quickly and easily. Ian brought along his 5” gauge  Calidonian Railway ‘Dunalastair 1V’ for display, and it was much admired. The morning did not look promising, but the afternoon was ideal, and we gave over 120 rides, including a “special” for Blackmore Vale Brass – plus instruments. Neptune 4 performed well, hauling some quite heavy passenger loads.

We will be looking for more suitable events from now on, but nothing too far away ! In the meantime, we are improving the way we load and store the track in our trusty 40-year old trailer. Anne Malleson July 2019